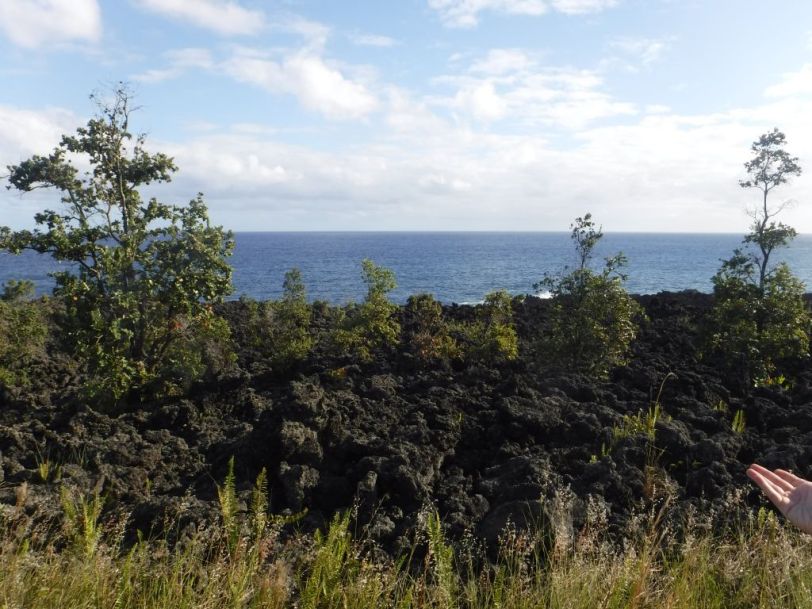 We have arrived on the Big Island, Hawai’i! O’ahu had started to run a little stale for us, and we felt like we had done everything that we really wanted to there. Hawai’i has some striking differences compared to  O’ahu that we have already noticed.

First off, while the Big Island is much bigger it is actually much less populated. We flew into the city of Hilo which feels much more like a sizable seaside town as opposed to the sprawling metropolis of Honolulu. The climate, terrain, and vegetation on Hawai’i is also dramatically different. Hawai’i, like all the islands, was formed by volcanoes. But here there is still an active one! More posts on that will be coming as we explore the volcano and its lava flows.

Our rental here is the upstairs two bedroom suite of a nice little house out in the country on the southeast end of the island. Whereas on O’ahu we stayed in the ghetto (Makaha), here we are staying in hippy hollow (countryside south of Pahoa).

We have already started to get out and explore a bit.  We drove the hour it takes to get into Hilo and went to a great farmer’s market. This was actually the first time I had been to a farmer’s market that was cheaper than a grocery store. It was actually home farmers selling excess food as opposed to the craft artisans selling organic this-and-that for the cost of a car payment (looking at you Austin).

Afterwards we made our way back to home but stopped at a black sand beach. Yea, black sand! It was pretty treacherous footing to get down to the beach from the parking lot but worth the trip. However, we couldn’t really take pictures because it is a ‘clothing optional’ beach and there was quite a crowd. We’ll get some pictures another time when there are fewer people.