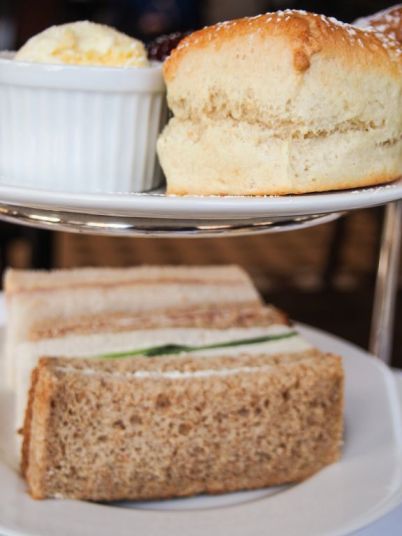 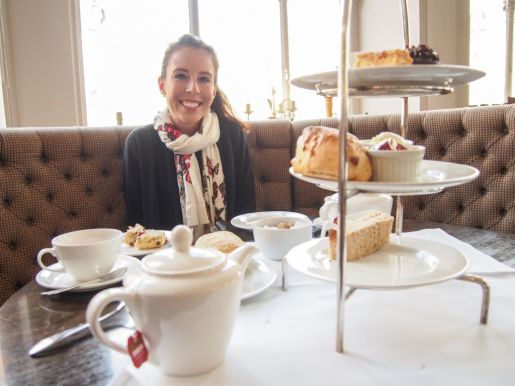 For many Americans, Britain will forever be associated with tea, and it truly is a country of tea-drinkers. The British consume, on average, 165 million cups of tea per day. Many of those cups are consumed at afternoon tea.

Afternoon tea is rumored to have been invented by the Duchess of Bedford during the early eighteenth century. At the time, it was fashionable to eat dinner late. The duchess, however, tended to get hangry around 4PM (I can relate). So she started having tea and a few snacks every afternoon, and everyone thought that was a fantastic idea.

Soon, afternoon tea became the thing to do. Women would get dressed up and spend their afternoons sipping tea and sharing gossip with their friends. Eventually, the men began to join in too. In the lower classes, it became popular to have tea around 5PM with a light dinner that became known as high tea.

Today, visitors to the UK can find endless tea shops and hotels offering an afternoon tea menu. There are typically two options: cream tea and high tea. Cream tea is served with scones, clotted cream, and jam. High tea includes sandwiches and small desserts in addition to the scones.

A word on clotted cream. We had never heard of clotted cream before visiting the UK. The best way I can describe it is somewhere between whipped cream and butter, and it is delicious. Unfortunately, clotted cream is not typically exported due to it’s short shelf life.

We decided to get tea at The Tower in Windsor. It’s a fancy schmancy place right across the street from Windsor Castle. In a word, the experience was lovely. This may be a tradition we will bring back across the pond with us.

One thought on “Tea Time”