Everybody knows at least a little about the pyramids of Egypt, the most famous of which are the Great Pyramids of Giza. This was probably one of our most highly anticipated wonder to visit. They are the only of the 7 Ancient Wonders still standing and are among the oldest man made structures still in existence. So of course we were thrilled to book a hotel right across the street with rooftop viewing of the pyramids and sphinx. Every night there is a laser and audio show on the pyramids that we could watch and hear from the roof of our hotel; yeah it was awesome… at first. After hearing the same show a few times each night it gets a little annoying. However, nothing beats having your breakfast overlooking the pyramids. 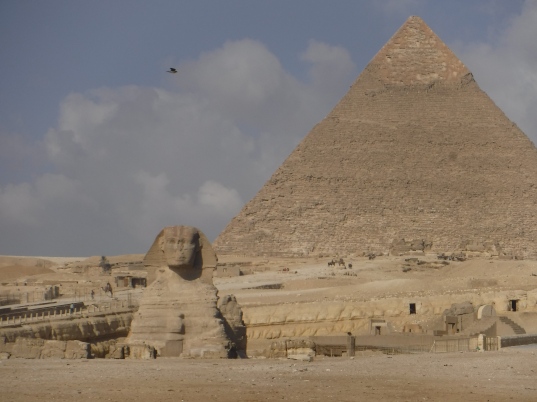 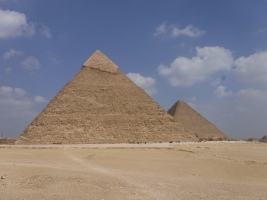 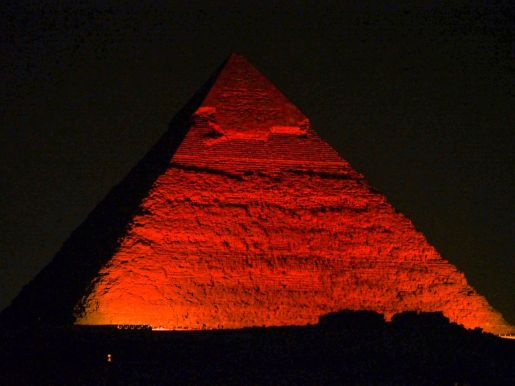 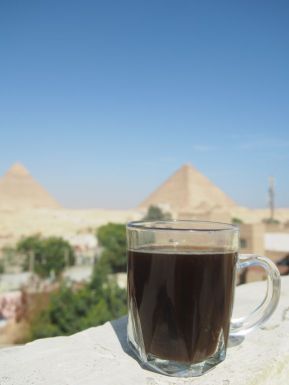 After making our way through the ticket office and hiking to the pyramids we looked up and were simply stunned. You can tell the pyramids are big from a distance, duh, but when you are standing at the base and each block is as tall or taller than you it boggles the mind a bit. They built a friggin’ mountain. They were looking around and were like ‘man this desert sure is depressing, I wish we had something neat to look at’ -boom- built a mountain. But it wasn’t really that simple. How do you move thousands of multi ton blocks? Well, we still don’t know exactly but if you do a quick search you can find some interesting theories out there which are fun to think about when standing in front of these massive monuments.

This is a popular place that gets a bit crowded and hot so we suggest getting there before 9am, closer to the opening time of 8am if possible. Also there are two entrances, the main entrance and the sphinx entrance. The sphinx entrance typically has less crowds but you can only purchase tickets to go into the pyramids themselves from the main entrance. As far as entering the pyramids is concerned its probably not worth it to go into the big one. It is very expensive and you don’t get to see very much, also no cameras allowed (this is a rule for all of them). Another advantage of getting there early is that you get hassled by less vendors since they are still setting up their stalls. If you really have to buy a little souvenir from them be sure to haggle. They will start with a very high price so don’t be afraid to counter with a ridiculous offer. I mean ridiculous, like they say 100 you come back with 5 and try to settle on something less than 30. They know tourists have money and will charge way more in order to settle on something that sounds reasonable but is still overpriced. That trinket you settled on for 30 could probably be bought by an Egyptian buyer in a store for 10 or 15.

As far as wonders go in Civ I always rush to build the Pyramids as soon as possible. Since the Pyramids give you two free workers and a reduction in tile improvement construction time, building them really sets the stage for quick development. Does this bonus make much sense? I mean these are giant burial tombs for kings, not civic engineering schools. Well sure it does. I don’t how quickly the real pyramids were built but they are believed to have been finished around 2560BCE. After such a large task was complete I assume the pharaoh didn’t let all the workers (which were likely slaves anyway) retire. Now there was a huge labor force available to build something else, probably another pyramid since there are over a hundred of them throughout Egypt. 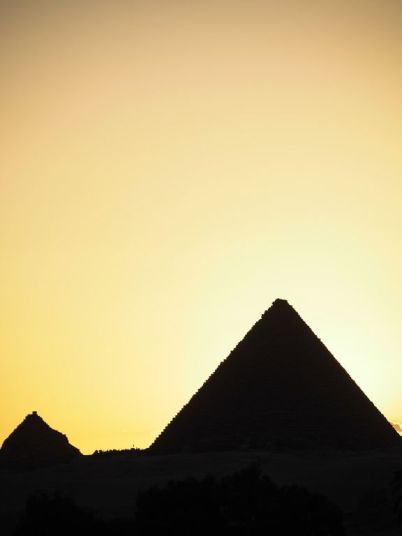 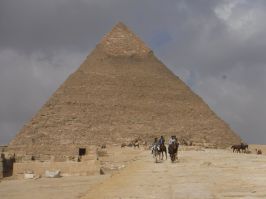 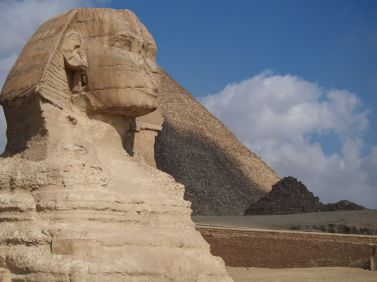 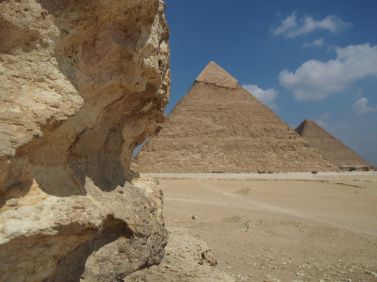 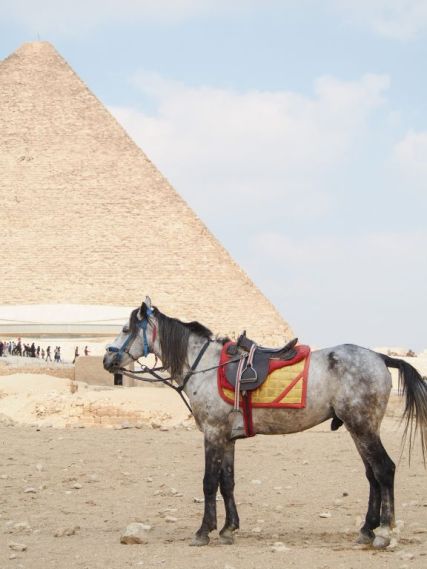