China is not an easy place to visit. Right from the start there are visas to deal with. Most other countries we’ve visited are surprisingly easy to get into. In most cases, we’ve just shown up, answered a few questions, and paid a fee. Not so with China. In addition to filling out an application we had to provide proof of transportation into and out of the country as well as an itinerary of where we planned to be staying. It’s not the kind of country that you can just show up to on a whim.

Things don’t get easier once you’re in the country either. China does not cater to western tourists. At all. While in the major cities of Thailand, Cambodia, and Indonesia signs are often written in English, in China they are not. If you don’t speak or read Chinese it can be tricky to get around. And, much like in America, everyone assumes you can speak Chinese. People will just start talking to you in Chinese. When you look confused and gesture that you don’t understand, they will speak louder and slower. It doesn’t help. I know this is what everyone complains about Americans doing, but at least if you are a Chinese person visiting an American city there is often an entire area of town that caters to Chinese. There is no “Americatown” in Beijing.

The language barrier carries over to written and typed information as well. Because of the great firewall, we couldn’t access many of the tools we use on a daily basis both at home and while we’ve been traveling. Even without the firewall, though, the Chinese names for things don’t translate well into English—and vis versa. We may be looking for the porcelain tower, but in Chinese it is called the glazed pagoda. Type in porcelain tower and the Chinese map program you are using will not know what you are talking about. Neither will any human beings. This may provide for some entertaining signage, but it also contributes to the difficulty of visiting China.

If the visa and the language barrier weren’t enough there are the cultural differences to deal with as well. To put it bluntly, some cultural norms in China are just plain rude. Spitting, for example, is normal. And not just quietly spitting into a bush somewhere. People dredge up what sounds like an unreasonable amount of mucus to be regularly expelling from your body and spit it wherever they stand. Also, nobody stands in line. China is a populous country, and instead of standing in line they all crowd their way to wherever it is they want to go. Boarding a train in China is comparable to the starting line of a marathon. Crowds of people wait impatiently at the gate. As soon as it’s opened, they’re off. Everyone runs to the train. Elbows are thrown. Backpacks are used as weapons. And all of this mad rush is to get to an assigned seat. It’s not just public transportation either. People pushed me while I was having my passport checked. Two guests shoved in front of us at the reception desk of our hotel. Even the restroom is disorderly. There are no lines of women waiting for a stall to open. There are hordes of women waiting for a stall to open, each ready to sprint to the first available one. I spent a good amount of time in China wondering how many people are crushed to death each year. And how common it is to be spit on. 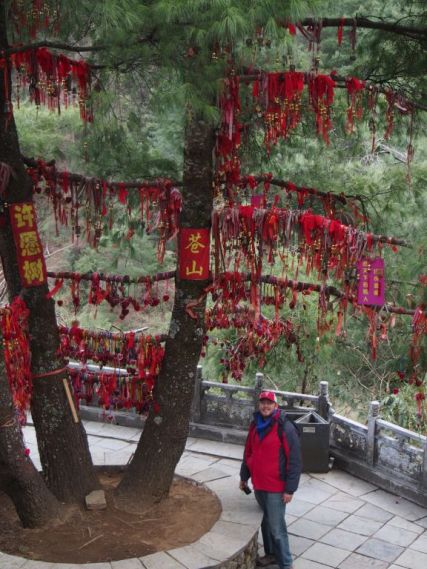 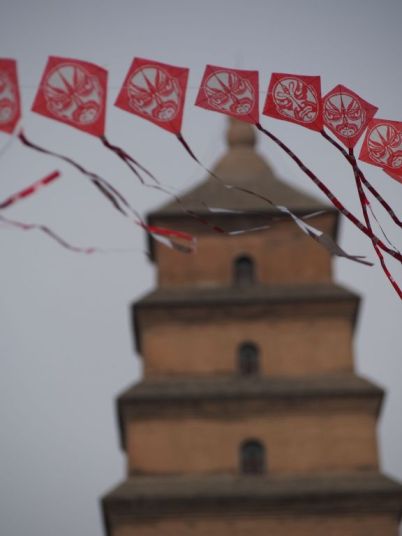 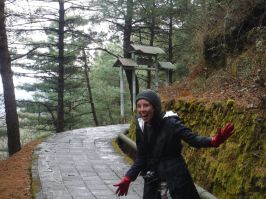 For all of the negative qualities China has, there were some things we really appreciated in China. For one thing, it was the first country where we felt like we weren’t getting ripped off because we’re white. In the touristy areas we paid more for things, but so did the Chinese tourists. The vendors didn’t try to quote a different price for us than what the person in front of us paid. Best of all, though, everyone we encountered in China was genuinely helpful. Several other places we’ve visited have led us to be wary of anyone who strikes up a conversation with us at all. Everyone was trying to sell us something. That was not the case in China. People would try to start a conversation just to have a conversation. Of course because of the language barrier it usually wasn’t much of a conversation, but it was a relief to finally talk to people again without constantly wondering what the end game was.

China was an interesting place to visit. It was so different from what we are used to—much more so than Southeast Asia—but it was also a difficult place to visit. All of the pushing and shoving and spitting and confusion left us exhausted and on edge. On our very last day in China someone bumped into my backpack while we were trying to buy subway tickets. At my wits end, I whirled around ready to yell or hit or kick or something. I just wanted to fight back in some way after feeling like I had been walked on for a month. I spun around only to find a friendly, apologetic face. He said he was sorry. I instantly felt horrible. I was becoming exactly what I disliked about China. I’m glad I went, but at that moment I knew it was time for me to leave.