The Siamese, known today as the Thai, have always been one of my favorite civilizations to play as in Civ V. After visiting Thailand, I like them even more.

I like playing as the Siamese for a few reasons. Of course, I appreciate the special elephant military unit (makes total sense considering how crucial elephants were in warfare), and I really like the wat bonus. In Thailand, you can’t throw a stick without hitting a wat. There seemed to be one on every corner in Chiang Mai. We drove past dozens in the buses between cities. Sukhothai Historic Park alone has twenty different wats. A cultural wat bonus seems appropriate. Whether there should also be a science bonus is debatable, but I do like it so I’m not complaining.

The main reason I love to play as the Siamese, though, is King Ram Khamhaeng’s special ability of “Father Governs Children.” After all, who wouldn’t want extra culture, food, faith, and military units from allied city states? My strategy in Civ V is often to seek out the cultural city states so I can unlock culture policies quickly. When playing as the Siamese, that strategy becomes even more lucrative. 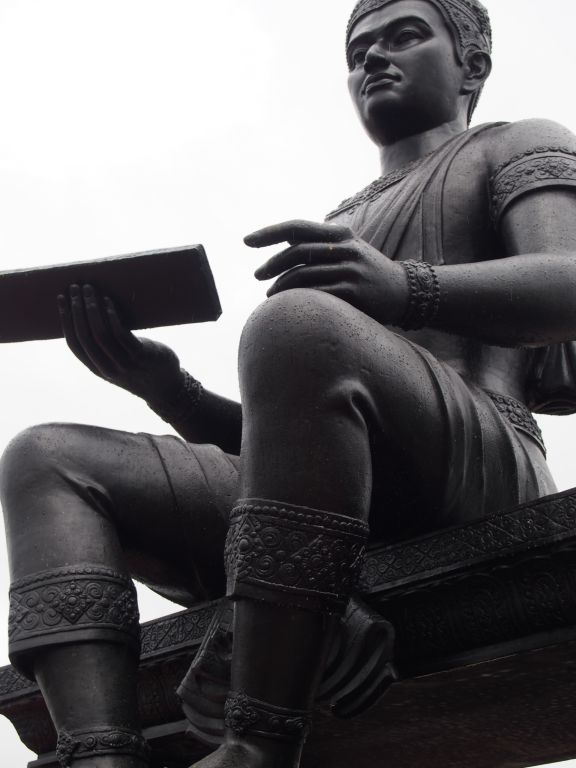 I didn’t know much about this leader until I visited Sukhothai, but a visit to the city makes it clear why King Ramkhamhaeng was chosen to represent the Siamese in Civ V. Sukhothai was the capital in ancient days and is often cited as the birthplace of Thai culture. Today Sukhothai Historic Park houses a statue of King Ram Khamhaeng holding a book in one hand. It’s common to show Ram Khamhaeng holding a book or tablet because he is considered a teacher of the Siamese. He literally created the Thai alphabet. He also instructed the people on Buddhist wisdoms. The bonus title of “Father Governs Children” in Civ V is more than accurate. Ram Khamhaeng is known even today as the father of Thailand.

At the Ram Khamhaeng Museum, also in Sukhothai, one can find an English translation of the King Ram Khamhaeng Inscription. The inscription is a stone tablet that Ram Khamhaeng had inscribed to tell the tale of Sukhothai under his rule. The tablet is probably a little biased since it was commissioned by Ram Khamhaeng himself, and there are some people who question its authenticity, but it is still a very important document in the history of Thailand. In fact, it has been registered in the UNESCO Memory of the World program, which is essentially a collection of all of the important documents in the world.

To summarize the tablet, King Ram Khamhaeng was a badass warrior and wise ruler. Consider, for example, the story of how Ram Khamhaeng got his name. When he was a prince in his teens his father (the king) was in trouble in a battle and about to be killed by a rival king. So Ram Khamhaeng charged in on his elephant and attacked the rival king and killed the other king’s elephant. Apparently the rival king’s elephant was a bit famous for being a beast making the prince’s victory all the more impressive. Because of this the prince’s name was changed to Ram Khamhaeng. Yeah, Ram Khamhaeng wasn’t even his initial name. It was earned through a daring feat of badassery. Strangely the tablet doesn’t mention his birth name, but it is thought that it was probably just Ram or Rama. 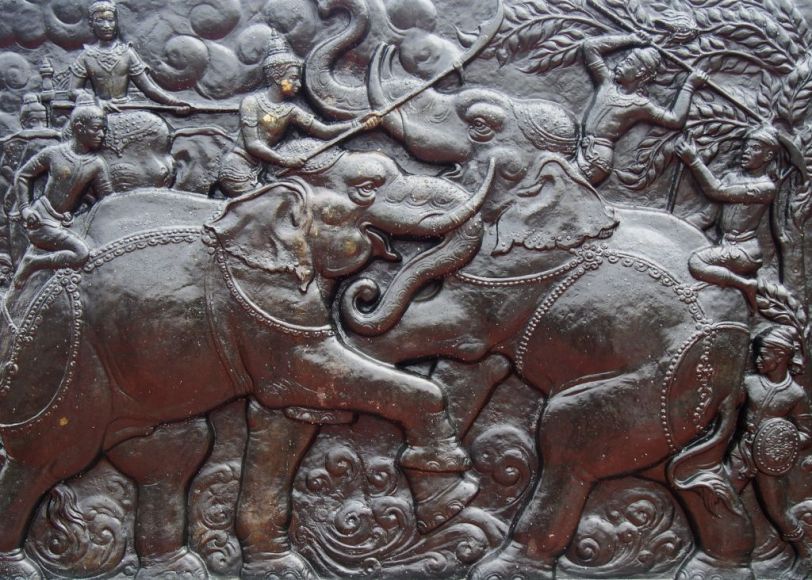 The tablet goes on to describe how great and dutiful Ram Khamhaeng was as a son and brother. Third in line, he served loyally under his brother before ascending the throne. Through conquest and diplomacy (the statue of the Three Kings in Chiang Mai commemorates his diplomacy) he united the various kingdoms of the area. He put into practice great economic policies that caused his people to flourish by allowing property to be passed down in families upon deaths, farmers to keep more profits (literally the fruits of their labor), and reducing barriers to trade. We liked a particular line from the tablet: “if you want to trade in elephants then trade in elephants, if you want to trade in horses then trade in horses”. After visiting Sukhothai, I don’t want to just play as King Ramkhamhaeng. I want to be him.

One thought on “Civilization V: Siamese”