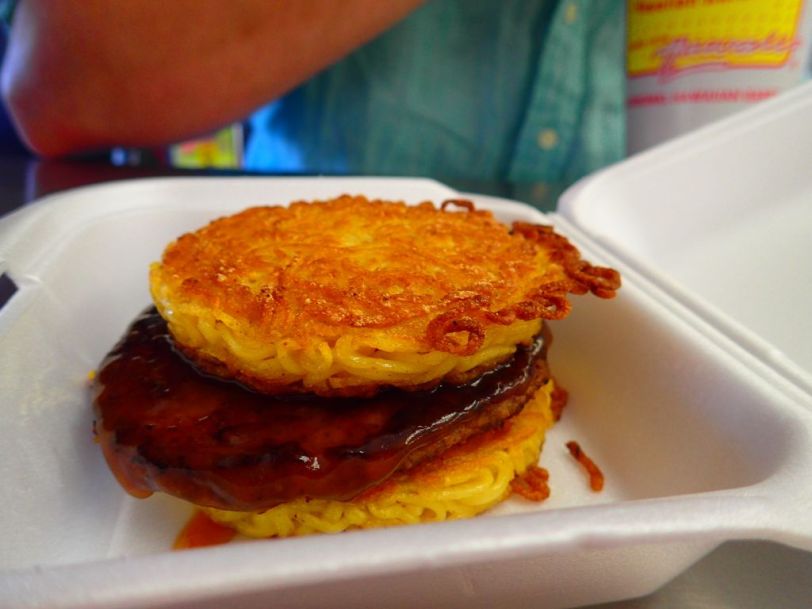 This, dear friends, is a Ramen Burger. Somebody somewhere discovered that you can made a sort of griddle cake using ramen noodles and subsequently decided to put a hamburger patty on it.

More specifically, Keizo Shimamoto created the Ramen Burger in 2013 after being inspired by similar creations in Japan that used pork. By using a beef patty instead he created this American/Japanese fusion and struck gold. Soon Ramen Burger restaurants began opening in LA, New York, and Honolulu (I guess because Hawaii is American/Japanese/Chinese/Hawaiian fusion with an emphasis on cheap food).

Since then several restaurants have copied the idea. The one we tried was from L&L Hawaiian Barbecue, which is a local fast food chain here in Hawaii. So, technically, it is not a Ramen Burger since the name is trademarked. What you see pictured is a cheap knockoff, the Saimin Burger. It was delicious.

BONUS! Thanks to Photoshop we now know what Patrick would look like as an oompa loompa: